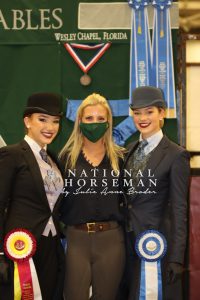 SRS just returned home from the All American Classic in Indianapolis, IN which is the host of the UPHA Pleasure Challenge Cup National Championship and the Pleasure Equitation Olympics.  We had two riders competing and we are proud to say that both riders made the Top Ten in both of these prestigious National Championships!  Congratulations to Emily Egner and Catherine Zykoski! 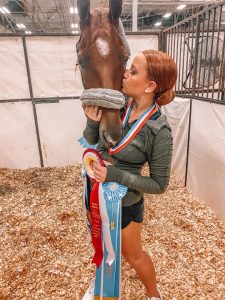 Emily also earned the titles of Reserve National Champion in the UPHA Pleasure Challenge Cup and Olympic Bronze Medalist in the Pleasure Equitation Olympics with her new horse Writer’s Block, lovingly known as Rocky.   This horse show served as Rocky’s second horse show in the equitation division; he took on national finals patterns and steep competition like a seasoned pro thanks to his expert guidance of his partner, Emily. 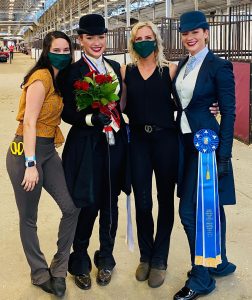 Catherine was also riding an unfamiliar horse that she had never shown before.  Catherine’s horse sustained an injury but she was fortunate enough to be able to show Caroline Brackenridge for her last finals as a junior exhibitor.  Catherine guided Caroline through two beautiful patterns and some dominating rail work to earn Top Ten in both of these prestigious finals.